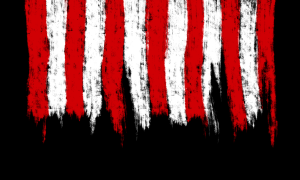 It’s Saturday following the election and the sick and empty feeling in my stomach is still there. I have quoted Josh Marshgall of TPM for months now after he called the possible presidency of Donald Trump an “extinction-level even” and now it’s our reality.

My feelings come from seeing the election to the office of the President of the United States erasing a campaign of hatred and bigotry. I can grasp the choice of anger of not quite half of those who voted, but how does “president-elect” make the words and behavior of an extreme narcissist disappear? The media has succumbed to the same pathology that those around a sociopath show by continuing to normalize his behavior as it’s easier than calling it out.

After sitting with this for a few days I have decided to take some initial steps of resistance. The first step is to take my responses off Facebook as the trolls of false equivalency are up and about in good supply, and I’ve found one can never reason with the unreasonable. Dogs and family and travel – and more dogs – will be the order of the day.

The second step is to offer some first concrete support to the ACLU. We may lose the Supreme Court, but we still have state and federal benches that can protect individual rights of those threatened by the new president and his cronies. Here are more organizations that deserve your support:

A List of Pro-Women, Pro-Immigrant, Pro-Earth, Anti-Bigotry Organizations That Need Your Support

My third step is to stick close to family and friends. We are gravely disappointed, but we have each other as this whole medieval power grab unfolds. We should be grateful we have enjoyed years of stable government and work toward reestablishing the balance we lost eight years ago when Congress stopped functioning.

The Fragility of Good Government

Lastly, some perspective is needed. Donald Trump is not fit to be president despite the Electoral College. We still have safeguards in place that will at least slow the campaign rhetoric. The courts are still in place, individual states can act, and Congress is still open to public scrutiny.

The Republic Repeals Itself

There is still time to reflect and plan. We can listen, but with vigilance.

One thought on “Resistance”

This site uses Akismet to reduce spam. Learn how your comment data is processed.